Life before antibiotics is a scary thought, but a clarion call for behavior change has come from the Center for Disease Control (CDC). We are on the verge of an era without antibiotics to cure infection. Dr. Srinivasan calls this a “post antibiotic era”.

To appreciate the staggering implications of this message, imagine the outcome of the following two scenarios without effective antibiotics. 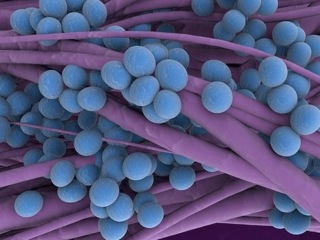 Your 8 year-old daughter is playing with the cat and suddenly the cat bites and scratches her. Despite carefully cleaning the wound and making a quick trip to the urgent care for antibiotic coverage the arm continues to swell and she begins to run a fever.

Your dad is 85 years old and continues to volunteer at the high school where he coached football. While helping the trainer with a player who had a profuse nosebleed after being tackled, he was exposed to MRSA. Your dad’s arm had several deep scratches from the rose bushes he carefully tends in the garden. Two days later he is febrile, chilling and becoming confused.

These two accidents are examples of common problems that rely on antibiotics in the treatment plan. Yet, if untreated, mortality from bacteremia caused by Staphylococcus aureus exceeds 80%. Without an antibiotic that is effective against MRSA this gentleman in his 80s has a very poor prognosis.

We are approaching the point in time when we will be unable to fight bacterial infections with antibiotics. As the CDC points out this is already happening with carbapenem-resistent Enterobacteriaceae (CRE). It is resistant to ALL first line antibiotics, and there are some strains of this bug that will not respond to ANY antibiotic. Fully half of the people who contract this will die.

If only we had taken care to heed the words of the man who discovered penicillin, we might not be so close to returning to the time when there was nothing clinicians could do other than supportive care and prayer. Alexander Fleming warned doctors they were abusing the drug by using it with patients that did not require antibiotics.

“In such cases, the thoughtless person playing with penicillin is morally responsible for the death of the man who finally succumbs to infection with the penicillin-resistant organism. I hope this can be averted.”

I was unaware that Fleming had issued this dire message so long ago until I read the recent Medscape reports on antibiotics overuse. I was also reminded of a principle from pharmacology that has fallen off the radar screen; these drugs are able to pass on their loss of effectiveness to others in the class.

The series of reports in Medscape are well worth your time as a reminder. The survey of patients and clinicians perceptions on antibiotic use is particularly interesting. Here we see the problem of overuse is not the result of knowledge deficits. In fact, public information has made an impact on patients that were surveyed for this report. 93% stated they understood that it is more difficult to treat some bacterial infections because of resistance to antibiotics. Yet 23% ask for an antibiotic.

Clinician responses to the questions are also enlightening, particularly when paired with consumer responses. When asked about how often they prescribe an antibiotic when not absolutely certain it is necessary, 21% say it happens between 25-49% of the time. 12% of the clinician group does so more than half the time.

Uncertainty seems to be a big driver in prescribing. Although both groups are aware of the problems of overuse, patients and clinicians alike want to see recovery…quickly. If uncertain about its cause, a “just in case” approach seems to appease both. Uncertainty, and the anxiety it causes, is a much more difficult change in the culture of care around antibiotic use than a knowledge deficit.

As Fleming told the clinical world long ago, every individual’s use of antibiotics affects its degree of effectiveness for everyone else.

It is clear both patients and clinicians know overuse is a problem but fear becomes a major driver to prescription use. It is the “just in case” approach that makes both feel safer.

There is a campaign underway to help consumers understand the risks and benefits of selected procedures commonly used in care. The Choosing Wisely campaign is a collaboration of more than 70 … END_OF_DOCUMENT_TOKEN_TO_BE_REPLACED