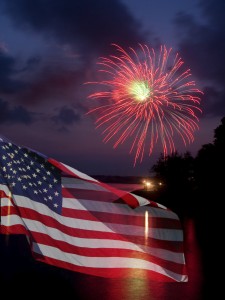 July 4th is for celebrating America’s independence from England. We picnic, enjoy fireworks, and watch parades…its great fun. The Revolutionary war was anything but fun. It was gut-wrenching marches in stifling heat or blowing snow often with only rags tied on the soldiers’ feet because the boots were worn through.

It was unthinkable that a people as varied in interests, wealth, and skills could come together for their desire to be free and beat the most powerful army in the world, but they did. Then the real work began, creating a government that would work and live up to the lofty ideals expressed in the Declaration of Independence.

This week is perfect time to look at what our patients are saying to us and ask ourselves if we are really listening. These folks are actually more organized than the colonists when the war began, and they have just as much zeal for their cause.

Patients, aka people in our communities, want us to:

In fact, if we are not tuned in to the coming tipping point we may find ourselves like King George…surprised by collective energy to move from a dependency model. We are entering a different age of healthcare and our cultures are often not flexible enough to (1) recognize what is coming and (2) unwilling to yield power.

A Call for Independence

21st Century Patients are moving from Dependency to Independence. The old models will not work much longer. Take a look at the Cochrane Consumer Network for a classic example of the knowledge and desire to partner that is afoot in communities around the world. They have embraced the use of evidence for shared decision-making. Are you ready?

There is a campaign underway to help consumers understand the risks and benefits of selected procedures commonly used in care. The Choosing Wisely campaign is a collaboration of more than 70 … END_OF_DOCUMENT_TOKEN_TO_BE_REPLACED