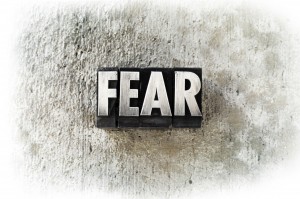 Ebola is a nasty disease. But ignorance is worse. If you doubt this statement, take look at film clips from BBC World on the struggle to bring calm, through the use of the evidence, to the many frightened people in West Africa.

Why, in America, where we have access to a 24/7 news cycle, has fear taken control of our brains?

A recent Wall Street Journal article is a case in point. The article is about the nurse who volunteered to care for people with Ebola in Sierra Leone. It is a disheartening look at what misinformation does to people. It drives politicians to mandate rules so their constituents “feel” safer. This kind of “safety” is a dangerous illusion.

There are rational ways to reintegrate clinicians who care for people with Ebola, and placing them in a tent with a portable toilet is not one of them. I did wonder if the state of New Jersey has a hospital with an isolation unit, in fact they have two; one at Hackensack University Hospital and another at Robert Wood Johnson University Hospital.

America must look quite silly to other countries in this situation. We are the most expensive healthcare system in the world, but we use a tent and portable toilet to house a nurse who volunteered to care for people in West Africa because fear is driving everything we do related to this disease.

Fear and HIV: Have We Learned Anything?

If you have been in practice for a long time, as I have, you will remember the early days of HIV. It was a bumpy road to reasoned thinking as well. One of my roles as faculty at Texas Tech University was outreach education to rural hospitals about HIV infection. Ah yes, the early days of Universal Precautions and recognition that there were critters that could live in blood and body fluid even when people were asymptomatic. It was a learning curve for all.

What did we learn from that national experience when people infected with HIV were shunned? Not much apparently. Now we are doing the same with clinicians who care for the poor folks infected with the virus but are asymptomatic themselves.

I believe this excessive caution is not helping the general public understand how the disease is spread but insulating them in a way to create false sense of security. Misinformation is a dangerous thing, and we see examples of that today with the rise of Whooping Cough and Measles because parents are fearful of vaccinating their children. Children died from those diseases before vaccination was available.

The Center for Disease Control and Prevention provides a clear infographic on what it means if we stop vaccinating against disease. Their reminder that an epidemic of measles in the mid 1960s killed 2,000 babies and caused more than 11,000 miscarriages could be a picture of the future if fear drives decisions.

Fear has also driven us closer to the looming threat of a post-antibiotic era. This scary scenario may well be closer to us than widespread cases of Ebola. In an earlier post I wrote that a key driver in this scenario is the “just in case” approach. To prescribe antibiotics when there is no clear clinical indication the symptoms are bacterial in nature. “Better safe than sorry.” Really?

Watch Out, it is Flu Season: Likely Not Ebola!

Recently a passenger on an airliner became ill and the flight attendants quarantined the person in the lavatory for the remainder of the flight. Then there was the case of woman who became ill while changing buses at the pentagon bus transfer point. This poor lady’s bad day turned her work setting into a major investigation scene …even the Marines showed up. The business came to a standstill over her flu like symptoms. Fear once again trumps common sense.

We are entering flu season. People are going to begin showing up at the grocery stores and work and become ill. Does everyone who becomes nauseated require evaluation for Ebola? I doubt we can get much work done anywhere if as a nation we are reacting to every poor soul who feels lousy and needs to go home. But look what happened in the two cases I just described. They never left the country and did not know anyone with Ebola.

A Plea for Calm

Please, let’s spread a sense of balance, and use those gray cells inside our cranium to act reasonably about this dreadful disease. Our panic is not helping the anguish in West Africa.

In fact it is hampering the ability to get more brave clinicians to that area. Without clinical teams on the ground in those three countries the world may be facing a much larger problem than this virus. $32.6 was an estimate of cost last week, financial collapse of these countries poses grave threat to other countries. There are pleas is for at least 5000 more clinicians to join the teams already caring for thousands of people stricken with Ebola.

There is a campaign underway to help consumers understand the risks and benefits of selected procedures commonly used in care. The Choosing Wisely campaign is a collaboration of more than 70 … END_OF_DOCUMENT_TOKEN_TO_BE_REPLACED