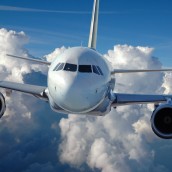 If you fly, you recognize these words… “Ladies and Gentlemen we would appreciate your attention as we explain the safety features of this aircraft.” The approach varies slightly by airline but basic information about air turbulence and the importance of wearing your seat belts, the location of emergency exits, and how to use oxygen masks is spelled out in simple language. For those of us who fly often this safety briefing seems humdrum, and can lead us to a complacent attitude about the role we might assume if there is an in-flight emergency. It could be a fatal mistake if we have not … END_OF_DOCUMENT_TOKEN_TO_BE_REPLACED

Pathfinders are urgently needed!  Flashback to 1914 and glimpse a slice of history that brings perspective to clinical leadership today. Let’s see what we can take away from a quick journey in time. Consider the Landscape One hundred years ago, it was early in the Great War, a time when everyone believed the war would be short-lived, and they would be returning to a world as they knew it. The brutal reality began to unfold daily, until more than five million people died. By the war’s end, 13 million people had been wounded. Despite the incomprehensible agony and chaos of WWI, there were … END_OF_DOCUMENT_TOKEN_TO_BE_REPLACED

There is a campaign underway to help consumers understand the risks and benefits of selected procedures commonly used in care. The Choosing Wisely campaign is a collaboration of more than 70 … END_OF_DOCUMENT_TOKEN_TO_BE_REPLACED