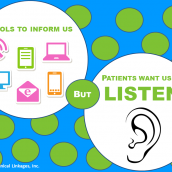 Patient engagement is the new mantra. Several posts on 21st Century Patients blog have addressed this phrase and the confusion surrounding the term. Likewise, there are can be no defined outcomes for “engagement”. Although a meaningless phrase it is here to stay – subject to various interpretations and possibly used as a weapon for someone’s benefit. I suggest we step back a moment and really look at our clinical care areas for the presence of “engagement”. What do you see? Where are the eyes and ears? Perhaps you can identify with the scene in the Emergency Department of this story in … END_OF_DOCUMENT_TOKEN_TO_BE_REPLACED 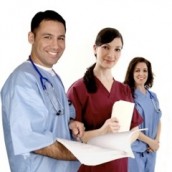 Pathfinders are urgently needed!  Flashback to 1914 and glimpse a slice of history that brings perspective to clinical leadership today. Let’s see what we can take away from a quick journey in time. Consider the Landscape One hundred years ago, it was early in the Great War, a time when everyone believed the war would be short-lived, and they would be returning to a world as they knew it. The brutal reality began to unfold daily, until more than five million people died. By the war’s end, 13 million people had been wounded. Despite the incomprehensible agony and chaos of WWI, there were … END_OF_DOCUMENT_TOKEN_TO_BE_REPLACED

Welcome to my blog:  21st Century Patients. I hope to provoke critical thinking, and some discussion, on what it means to be a patient today. The culture of patient care is changing from “follow the rules as we prescribe them” to one that reflects the rapid pace of increasing knowledge that demands we think and act as partners with patients and families. This partnership is the basis of shared decision-making for the patient’s plan of care. An Outdated Approach We will explore the implications (and dangers) of holding on to the outdated idea that a “good patient” takes everything at … END_OF_DOCUMENT_TOKEN_TO_BE_REPLACED

There is a campaign underway to help consumers understand the risks and benefits of selected procedures commonly used in care. The Choosing Wisely campaign is a collaboration of more than 70 … END_OF_DOCUMENT_TOKEN_TO_BE_REPLACED