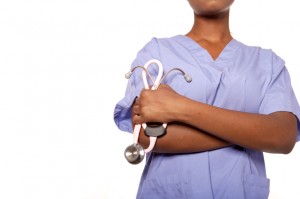 What do you think would happen to patient care if nurses took over the world? I suggest this question should be the headline for Nurses Week because, as a nation, we are missing the point about improving healthcare.

Words like patient engagement are tossed around freely without an understanding of what it really means to “engage” a patient. Well, nurses do know what it means and there are three million RNs in the US who can lay claim to a long history of significant contributions to improving health because nurses have always engaged patients.

This is Nurses Week and it offers an opportunity to consider the legacy on which today’s professional nursing practice stands. Leading with evidence and touching the hands and hearts of their patients, nurses manage a breadth and depth of human need that is not often recognized.

A Legacy of Innovators

Crimea is once again in the news. Although not currently the bloody battle zone it was in 1854 when Florence Nightingale arrived with a small band of nurses to tend the wounded of the Crimean War. What she found was unpardonable filth, poor rations and ignored suffering in the “hospital” at Scutari.

Her contributions to basic hygiene and organization of care are legendary. However, many do not realize she was a talented statistician. In fact, this slightly built woman managed to drive major change in the British army because she knew how to seek, analyze and display data on various facets of life for the troops to convey the staggering mortality rates that were the result of poor hygiene factors.

On the 100th anniversary of Nightingale’s work in Crimea the first Nurses Week was declared in the US.

Another War and Another Nurse

The Civil War brought another nurse to the battlefield, Clara Barton. We know her as the founder of the American Red Cross and, like Nightingale, she worked night and day on the battlefield caring for wounded. She also confronted scarce supplies, hunted for alternatives and worked tirelessly to improve conditions for the soldiers often holding the hand of the young boy soldier as he died.

These two historical figures may not seem glamorous or even relevant as we confront myriad 21st century challenges. However, this is a dangerous oversight because we are losing a focus on the basics amidst the chaos of healthcare today. This is the valuable lesson from their lives. They saw patient care in a system view and recognized that without a clear focus on the basic elements people suffered and died needlessly. Today we know from root cause analysis of errors that it is often lack of attention to basics that are the source of the mistake or infection.

Innovation by Another Nurse: Babies in the Sunlight

Here we see another nurse who made a very significant, and forgotten, contribution to improved outcomes in the care of her patients. Jean Ward was the Charge Nurse of the newborn unit in an English hospital. Like Nightingale, she believed in the benefit of sunlight and clean air. Many of her little patients had jaundice but Jean noticed that when she exposed those babies to sunlight their skin was less yellow.

Her unorthodox practice was not lauded but, combined with an accidental finding of changes in tubes of blood exposed to light, it did initiate further investigation that led to an understanding about bilirubin clearance in newborns. Today’s use of “Bili lights” is common therapy for those little ones with physiologic jaundice thanks to Jean’s careful analysis in the 1950s.

Caring for Patients in the Clouds

21st Century battle is no less gruesome for the soldiers or for the nurses who care for them. The wars in Iraq and Afghanistan have brought profound changes in the way wounded are immediately treated, saving many lives. These soldiers, however, have staggering injuries that would have brought quick death even decades before. Innovation in transport, equipment and stabilization has made a significant impact.

It always goes back to the basics, and once again nurses are working amidst the battle or in the case of flight nurses caring for critical patients at 30,000 feet. An Air Force flight nurse, Ed “Riv” Hrivnak, writes about his patients as they loaded onto aircraft sometimes faced with enemy fire, and what it means to manage critical patients during long flights. These nurses faced many supply, coordination, and sometimes desperate battle situations that Nightingale and Barton chronicled in their notes. Wounded is a gritty account of what it means to care for patients and to be patient centered amidst the chaos of battlefield to transport.

“April 23, 2003. The best way to describe his injuries was to say that chunks of his body were missing. He was in a lot of pain. He smelled, way dirty, and had bandages that were leaking blood and serous fluid. The field hospital didn’t have time to clean him up since he was a priority patient to evacuate.”

“The morphine was not working, but it was the strongest stuff I had. I had to play a juggling act to keep my patient comfortable. He was bedridden and unable to move what was left of his extremities.”

Managing critical patients at high altitude adds to the complexity of maintaining their physiologic needs. The human needs surround the clinician always, and inside this aging C141 aircraft those needs reverberate. “Are my buddies okay? Take care of buddies first” “Will I walk again?” “My best friend was driving when we hit the bomb…there wasn’t much left of him.” This is patient engagement at its pinnacle, when, despite the unknowns, the flight nurse listens and reassures to ease the psychological suffering.

A Common Problem Without an Answer, Yet…

If you have ever had back pain you recognize how quickly it affects your quality of life. Low back pain is so common that most of us have experienced it in some degree. We spend 50 billion USD a year attempting to manage this problem, which is second only to headaches or neurological ailments.

Some people with low back pain can never find relief despite various treatments and this fact has nurse scientist and researcher, Angela Starkweather, working to find answers. Funded by the NIH her team is looking at the pain sensation mechanism to better understand why some people develop chronic low back pain while others do not. It is a person-centered approach and one that should resonate today as our industry grapples with the concept of “patient engagement”.

In her quote, Patricia Grady, Director of the National Institute of Nursing Research, puts the patient perspective front and center.

“Unlike their counterparts in other fields of the health sciences, nurse scientists focus more closely on person-centered prevention, treatment and coping interventions, rather than developing pharmacological treatments for specific diseases, for instance.”

62% of the 3 million nurses practice in our hospitals. RNs are managing a plan of care for every patient around the clock. It is demanding and complex to effectively monitor all of your patients. People are not admitted to the hospital today unless they need 24/7 care. Many have multiple health issues and often, significant psychosocial needs.

Take the elderly man with CHF. He’s losing his vision and his hearing is diminished. He may also have Type II diabetes and live alone. He is not a “patient”, he is a person in need. The nurse knows that and works to coordinate various aspects in his plan of care so he has the best chance for optimal outcomes.

But, nurses know this is never enough. Time is the most precious resource for the clinician at the bedside – the very person that holds the key to patient engagement. It would be a luxury to sit by his side, take hold of his hand and ask him about his fears. This is precisely what is needed to have effective conversations with patients, yet it takes time.

Our Biggest Take Away for Nurses Week

The legacy is long; nurses have and continue to make a difference in the quality of people lives. Let us not be sidetracked by the chaos in healthcare today. Our industry experiencing disruptive forces where we need to draw on the three fundamentals that have driven and continue to drive nurses to improve care for people. Let’s continue to (1) identify the problems that are hampering care (2) design and implement the solutions to these problems and (3) never forget to touch the hands and hearts of people who were suffering and in need of care.

These are the basics; let us not lose our focus!

There is a campaign underway to help consumers understand the risks and benefits of selected procedures commonly used in care. The Choosing Wisely campaign is a collaboration of more than 70 … END_OF_DOCUMENT_TOKEN_TO_BE_REPLACED